We live in a nation of diverse people who struggle to talk about race.

Two North Coast District congregations set out to change that during the month of February, which for nearly 100 years has been known as Black History or African American History month, an annual celebration of achievements by African Americans and a time for recognizing the central role of blacks in U.S. history.

Celebration United Methodist Church in Euclid and Mount Pleasant United Methodist Church in Cleveland partnered to host two laity-led discussion series exploring race through the lens of the 1619 Project. The 1619 Project was initiated by The New York Times Magazine in August 2019, the 400th anniversary of the first enslaved Africans arriving in Virginia. The Project aims to reframe United States history by placing the consequences of slavery, and the contributions of black Americans, at the very center of America’s national narrative. 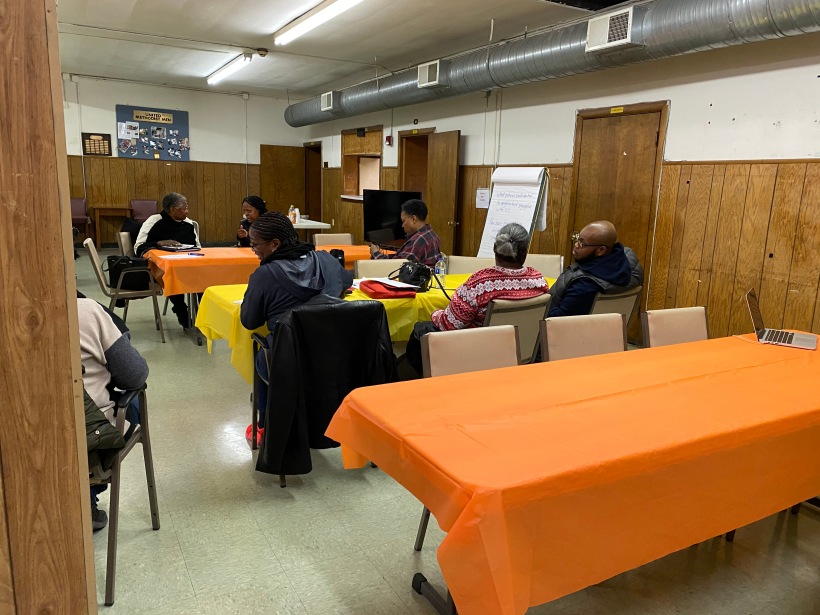 The two evening discussions in February 2020 were designed to engage participants in important conversations that dig deep into the ways that slavery, prejudice and racism continue to impact our society today. The discussions also allowed room for participants to share thoughts on how we might improve our situation as a community.

“This is a way we can make black history about dealing with what is going on now,” said Celebration UMC Pastor the Reverend Gerald Cameron, who went on to say that the drive to get involved with the 1619 Project was indeed led by church laity. “We had a small group take part in a discussion in the library and they brought it here to the church.” 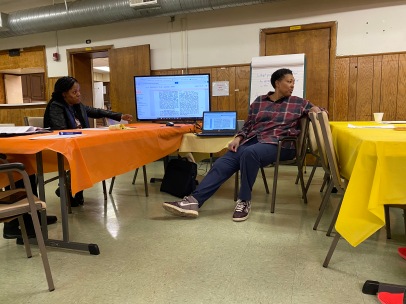 The discussion held on February 24 was led by Mount Pleasant UMC Staff Member Lisa Walk, who framed the evening conversation around two questions: What policies contributed to neighborhood segregation in the U.S.? and How have transportation systems reinforced segregation?

What policies contributed to neighborhood segregation in the U.S.?

Walk opened the floor to input on the question and the conversation immediately turned to housing. She emphasized that though there is nothing explicitly stated today where someone can live according to their skin color, there are some implicit biases at work. One participant interjected that government subsidized housing tends to be in lower-income neighborhoods, and it is almost never found in areas where it could potentially drive down property values.

Dr. Maggie Jackson shared that historically the neighborhoods in Cleveland that allowed black families to move in would open properties to families who were moving in two and three families at a time.

“There were so many of us coming up from places like Mississippi, it ended up being overpopulation which caused poverty,” she said. She later stated that the areas of cities occupied by black people are not widely used or will not have high property values.

How have transportation systems reinforced segregation?

“There are people who live in Cleveland who can honestly say they have never been to the inner city,” Jackson said to illustrate how city planning has aided in segregating black neighborhoods by building highways through and around the city to avoid traditionally black neighborhoods.

Cameron shared how the idea of “white flight” has added to an already rough situation for black communities.

“Years ago, the Federal Highway Act was created because white people were moving out of the suburbs and needed a quick way to get back into the cities for work,” he said, adding that sometimes those freeways were even built in the middle of walking paths used by black people, who could not afford to buy a car, used to get to and from their own jobs.

An idea originated to benefit one people group caused harm to another people group. This statement applies not just to the creation of highways into the city but also to the right of eminent domain, which allows local or state government to buy private land at less than market value for their own projects. Cameron said that, many times, this happens in Cleveland’s black neighborhoods, but we never see it in the more affluent suburbs.

The intended outcome of the two discussions was creating an understanding of the impact that the past has had on our present and beginning a dialogue centered on the question, “where do we go from here?’

Pastor Sheena Cameron of Mount Pleasant UMC said, “We need to get people engaged in every process of government, to be active in local government, more than just the national election every four years. Be involved in the processes that actually affect the communities we live in.”

Walk then challenged those in attendance that getting involved to impact the future is not to be left to the younger generation, it is the responsibility of everyone.

“We went through the struggle, we fought for the right, and now we just let it drift off.”

Jackson made a stark observation between the issue of division in communities along racial lines and what she sees in the Church.

“Even The United Methodist Church has been a place where we have created different spaces of segregation with caucuses because we do not feel welcome. We do not feel that the table is open to everyone. We need to be one, the church ought not to be somewhere we feel uncomfortable. We need to be accepting of each other, even though we are different. It’s okay to be different,” she said.

The robust discussions produced the hoped-for outcome, tying the past to current realities and bringing together people focused on creating change in the future.

Walk said the healthy conversations were about truth.

“Not an angry discussion, just making that relationship, trying to figure out how we can move ourselves out of it so we can help others move out of it,” she said.

If you have a story of how God is using your local church to transform the community, please contact us at eoccommunications@eocumc.com. The East Ohio Conference Communications team wants to tell your story.

*Brett Hetherington is the Communications specialist for the East Ohio Conference of The United Methodist Church.