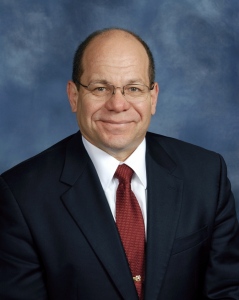 one is appointing the Rev. Néstor Nazario to the East Ohio Conference Cabinet.  He will serve as superintendent of the Mid-Ohio District. Nazario is currently in his fourth year as pastor of Hope United Methodist Church (North Coast District), which was birthed out of the merger of Bedford UMC, Maple Heights UMC, and Hathaway UMC.

“Néstor is a capable administrator and brings the experience of serving in a variety of ministry contexts,” said Bishop Malone.  “He has successfully merged congregations and has a deep commitment to social justice ministry.  He brings a deep faith, a love for people, and a passion for the church.”

Nazario’s first East Ohio Conference appointment was to Christ Community United Methodist Church (North Coast District) in 1985.  In 1988, he became a chaplain in the U.S. Navy.  During 20 years in the Navy, he served side-by-side with clergy from different faith traditions providing him with an appreciation and respect for people of other faith groups and religions.  After retiring from the Navy in 2008, he returned to the local church, serving five years as pastor to both Christ UMC and First Hispanic UMC (North Coast District), before his appointment to Hope UMC in Bedford.

“I am honored and humbled to be joining the Cabinet,” Nazario said.  “Becoming a DS was never on my list of things to do, so before taking the leap of faith and accepting Bishop Malone’s invitation I pondered on the internal struggle many of the Old Testament prophets experienced during their initial call.”

Nazario serves on the East Ohio Conference Board of Ordained Ministry, on the Commission on Religion and Race, and on the Church and Society Committee.  He will follow the Rev. Karen Oehl as superintendent of the Mid-Ohio District.

“I look forward to getting to know the clergy of the district and to journeying with them the narrow path Jesus has called us to take of making disciples for the transformation of this world, so that all people can experience the reign and realm of God’s loving grace in their midst, and find abundant life,” Nazario said.

He is the father of two adult children.