Music and dance fill the sanctuary of Aldersgate United Methodist Church (North Coast District) during a visit from the African Children’s Choir.

“We are so very excited to be here,” said Choir Director Sania Nakayiza, who sang in the choir when she was a young girl.

“These children represent the tremendous potential of Africa.  They have traveled halfway around the world to share their faith, their hope, and their joy with you this evening,” Tour Leader Kyle Serquinia told the Aldersgate UMC audience.

David Sewanonda explained to those in attendance that the original African Children’s Choir was founded in 1984 by human rights activist Ray Barnett.

“Following a brutal civil war in Uganda, hundreds of thousands of children were left orphaned and homeless,” he said.

“Mr. Barnett was doing relief work in the country at the time and he was inspired by a young boy, whom he gave a lift to in his car.  The boy had lost both parents and didn’t know where his next meal would come from but he sang the whole way of the journey with pure joy and dignity, which moved Ray very deeply.”

Barnett began the choir to educate audiences in the United States about the talent that exists in Africa.  He uses the money that is raised at each performance to teach the children and to start schools in their homeland.

The impact of the organization continues to spread.  Over the past 32 years, more than 1,000 children ages eight to 10 years old have sung in the choir.  The funds they have generated have helped to educate more than 52,000 students in schools across seven African countries.

“It means everything to have the choir here,” said the Rev. Dogba Bass, whose church raised funds to host the 46th African Children’s Choir and its support staff.

“It’s just awesome to be able to contribute to these kids’ education.  It’s what we do as The United Methodist Church, we reach out to help others.  In addition to hosting the concert tonight the church will also provide a place for the children to have school the next two days,” he said.

The 18-member choir has eight chaperones/teachers who have traveled with them since this tour of the United States began in August.

“The children have really liked touching the snow, going to places like New York City and Busch Gardens, and seeing the White House,” Sewanonda said.

The man the children call Uncle David enjoys being part of the African Children’s Choir again.

“I sang with the 14th choir so being able to work with these children it means that I am able to give back to the organization that helped me and to give hope to the children and to let them know that they can also make it in life, just like I did.”

Sewanonda graduated in 2014 from Makerere University in Uganda with a bachelor’s degree in fisheries and aquaculture.  The children in the 46th choir also want to pursue higher education.

Watch the video to see and hear the hopes that they have for their future.

“Back home in Africa many of the children in the choir are surrounded by terrible poverty and deadly sickness but despite their circumstances these children have not lost hope,” Serquinia said.

Sewanonda agreed.  “Because of this opportunity the sky is the limit.” 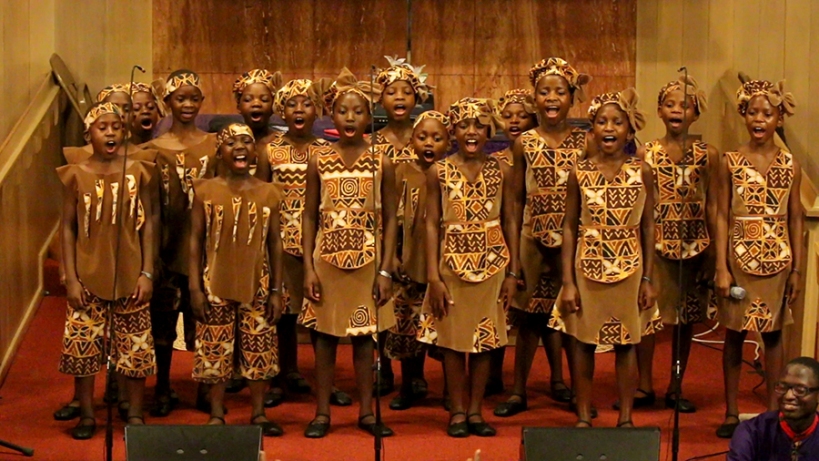 The African Children’s Choir will conclude its U.S. tour at the end of March 2017.  It will then go to the United Kingdom for three months before returning home to Uganda.

*Rick Wolcott is director of Communications for the East Ohio Conference of The United Methodist Church.”