Bishop Tracy S. Malone is appointing the Rev. Edward M. Fashbaugh, II to the East Ohio Conference Cabinet.  He will serve as superintendent of the Three Rivers District. 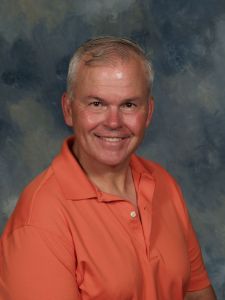 “I am humbled and honored to serve the people of the Three Rivers District.  The call to serve on the Cabinet came as a surprise, but God’s call often comes in surprising ways,” Fashbaugh said.

“Rev. Ed Fashbaugh is a servant leader who is deeply grounded in Christ. He brings a variety of ministry experiences, leadership skills and competencies necessary to serve the Three Rivers District well,” Malone said.  “Ed has demonstrated faithful and fruitful ministry in each of his appointments.”

Prior to his appointment to Church of the Savior, Fashbaugh served seven years on the East Ohio Conference staff as associate council director in the areas of youth, young adult, higher education, and evangelism.

A clergy delegate to the 2000 and the 2004 General and Jurisdictional Conferences, Fashbaugh currently serves on the East Ohio Conference Crisis Response Team and as a member of the Conference Commission on Religion and Race.  He has been trained as both an Easum 21st Century Church Strategies and Natural Church Development consultant and has been involved with Mosaix Cleveland discovering ways for the local church to be more multiculturally inclusive.  In 2005, his book Creating an Authentic Youth Ministry was published by Discipleship Resources.

Fashbaugh’s appointment to the Cabinet is effective July 1.  He succeeds as superintendent of the Three Rivers District the Rev. Dr. Bradley Call, who is retiring.

“These are challenging days for the church that far exceed my own individual ability; however, I know that God has already formed a great team of clergy and laity in the Three Rivers District who are facing these challenges,” Fashbaugh said.  “I feel blessed to be called to join this team and I look forward to standing with the people of the Three Rivers District as we, together, press onward in service to the mission of Jesus Christ.”

Fashbaugh earned a Bachelor of Arts in History Education from Grove City College (PA), and a Master of Divinity from Methodist Theological School in Ohio (MTSO).

He and his wife Amy are the proud parents of an adult son and an adult daughter.